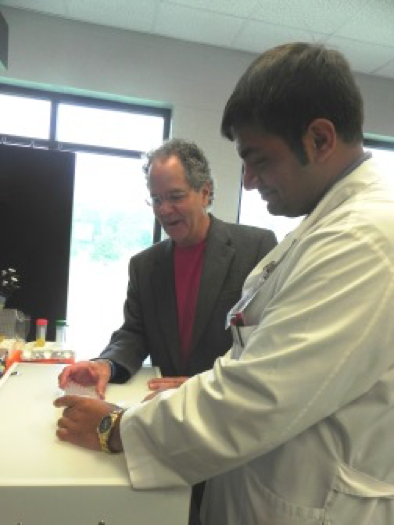 The Greenwood Genetic Center has received a $275,000 grant from the National Institutes of Health to support the development of a test for autism spectrum disorders. The lead investigator on the two year project is Director of Research, Charles Schwartz, PhD.

The current NIH-funded project expands upon previous studies conducted by Schwartz and colleagues that found a reduction in a compound known as nicotinamide adenine dinucleotide (NADH) in the presence of the amino acid tryptophan in cell lines from individuals with autism. Schwartz and his research team were studying biochemical profiles of patients with X-linked intellectual disability when, as part of the study, they analyzed 10 patients with autism spectrum disorders. In this autism population they found a profile very different from the other patients studied. This prompted further investigation which found reduced NADH production in samples from 54 of 56, or 96.4% of individuals with autism spectrum disorders compared to controls.
The next step in the project includes validating the earlier findings with a new cohort of patients and developing a test which can utilize fresh blood samples. “We will now see if the findings can be replicated and if so, whether we can make the diagnosis in a small, blinded study,” said Schwartz. “This finding has the potential to provide a quick, inexpensive test for the early diagnosis of autism spectrum disorders with huge implications for early intervention therapies.”