This panel of 5 genes is intended for patients with a diagnosis or clinical suspicion of spinocerebellar ataxia, and it is performed by trinucleotide repeat expansion analysis.

Spinocerebellar ataxia (SCA) refers to a group of neurodegenerative disorders that affect the cerebellum, the region of the brain that controls the coordination of movement. SCA is marked by progressive ataxia or poor coordination of movement. Other features include unsteady gait, poor hand coordination, involuntary eye movements, and slurred speech. Cognitive decline can be seen in certain types of SCA. The age of onset of SCA is extremely variable and ranges from childhood to late adulthood. Trinucleotide repeat expansions are one genetic cause for SCA with SCA 1, 2, 3, 6, and 7 accounting for ~60% of dominant ataxias in North America. These ataxias result from trinucleotide repeat expansion, and the size of the repeat expansion is typically correlated with age on onset and rate of progression.

Trinucleotide repeat expansion in one of these genes is responsible for approximately 60% of spinocerebellar ataxias. 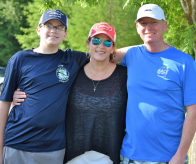